The pressures of being a top-tier athlete are massive, so most will be looking for some sort of outlet to help them escape the grind of training and playing every day. Ronda Rousey, the Judo-turned-MMA-turned-Hollywood star, once moderated a forum dedicated to Pokémon, something that might be surprising considering her tough gal persona both in the ring and on the screen.

Poker is a common hobby among professional athletes. It provides a good mix of tensely competitive moments while they are trying to beat a tough opponent as well as a relaxing, social aspect of being around the table together. This is important for avoiding burnout, along with some other tips that we covered on the Sport Safety International blog this year. While they might not always have the time to indulge their poker habit regularly, their offseason schedule is much more open which has allowed them to play in some big tournaments through the years.

There are few tournaments bigger than the World Series of Poker. With some of the biggest names in poker gathered all together, it is impossible to imagine a room with higher stakes or bigger pressure. Those are the exact conditions where the best athletes all thrive, however, so it is no surprise there have been some big names that made it deep into the tournament in the past.

Among San Antonio Spurs fans, Tony Parker is already a well-known name. For 20 years, Parker was a staple of the Spurs team, playing as a point guard. He was with the team for four championships and earned his way to six All-Star games. What basketball fans might not know is that he has long been an avid poker fan and, in 2021, he tried his hand at playing professionally. Parker was one of the first players to qualify for the 2021 World Series of Poker, a strong achievement for someone only at the start of their pro career. Though he was sent home at the end of the first day, he has plenty of time to practice now that he has retired from the court.

Perhaps one of the most famous Olympians of his time, this swimming superstar has 23 gold medals to his name. This is a record so vast that his closest competitor is more than a dozen behind him. Since he retired from competitive swimming, Phelps has had a chance to enjoy high-stakes poker games around the United States. In fact, he has become a common sight in Vegas. With the return of the World Series of Poker following a long hiatus due to the pandemic, expect to see this legendary swimmer around the table more often.

Among soccer fans, there are few names bigger than Cristiano Ronaldo. He has been one of the most prolific and celebrated names at every World Cup for a generation and doesn’t show any sign of slowing down. With fans across the globe who follow his every move with intense interest, it can be hard to find something they don’t know. Ronaldo has been a spokesperson for a major poker outlet since 2015 and has said that while football is his world, poker has always been “his game” of choice. He has competed in several tournaments and even made some good finishes over the years, though nothing compared to his success on the soccer field.

With 696 home runs during his career in Major League Baseball, Alex “A-Rod” Rodriguez was one of the most dominant players of his generation. He has three MVP awards to his name and multiple World Series championships from his time with the New York Yankees. He is also a big fan of poker and has been a regular at high-stakes games in Hollywood and New York City. In fact, he was reportedly a regular in the underground games portrayed in the film “Molly’s Game”. 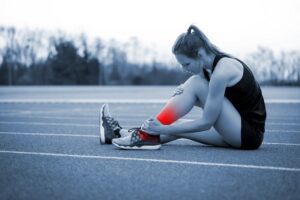